This article first appeared in the Dorset Echo.

For the teenagers that attend, the Sixth Form is more than just a stepping stone to university, it’s the cornerstone of a student’s education providing a strong foundation for skills, qualifications and experiences.

Mark Henman, Head of Sixth Form at Budmouth Academy, explains: ‘’We live in an ever-changing world and if recent events have taught us anything it’s that exam results are vitally important but they may not on their own be enough.

‘’At Budmouth Academy’s Sixth Form, we aim to ensure that our Sixth Form students achieve at the highest levels, in all areas of the curriculum and also develop transferable skills. It’s also important to us that they develop their full potential as independent learners so they are prepared for the challenges that they will face in the future. We offer a broad range of curriculum choices, linked to the highest quality of teaching in an inspiring environment.’’

Up to 30 A levels are available alongside 7 vocational courses which can be taken in combination with each other or separately. There is a strong pastoral support system to ensure that students are both happy and successful at Budmouth.

Sessions on employability skills – through the Aspirations Employability Diploma – and work experience are also provided.

One afternoon a week on a Wednesday students are off timetable and encouraged to put down their books and focus instead on enrichment activities whether that’s dance, drama, sport or volunteer work.

Extra-curricular activities include Ten Tors and the Combined Cadet Force and trips abroad to an array of destinations from Ecuador to Iceland and New York.

And when all students want to do is relax and chat over a cup of coffee, the Sixth Form Cafe is available to do just that.

Here below a handful of Budmouth Academy students reveal why the Sixth Form has been the right place to nurture their hopes and ambitions and their visions for the 21st century workplace that awaits them.

Places are currently available at Budmouth Academy’s Sixth Form for September 2022 start. To find out more on how to apply, email: jcockings@budmouth-aspirations.org or call 01305 830 560. 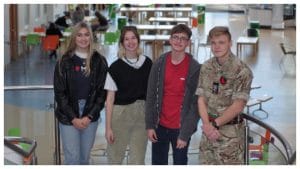 TOBY SCRIVEN is studying Geology, Geography and History. He was keen to give us his perspective around future career prospects in the South West: “In my opinion, computing industries will increase in the South West because of advancements in technology.

”Jobs will change in the future through Artificial Intelligence, and this will have a significant impact on future career opportunities. Our generation is suited to the advancements that will be made because we have become adept to ever changing technology.” 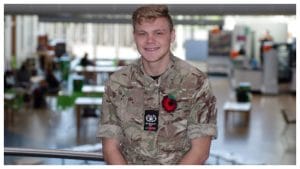 Similarly, SOPHIA BELL who is studying Chemistry, Biology and English Language felt that STEM-based careers would grow due to ever changing technology: “I think that careers in science, technology, engineering and maths will see an increased demand, as we are constantly making big technological and scientific advancements. There may be an increasing number of opportunities, particularly in research if we are going to continue to support these advancements.

”I also think that further education is becoming increasingly important as the job market becomes more competitive. Gaining a degree will be very valuable as it can make you stand out above other applicants and improve your chances of employment. I also like the idea of degree apprenticeships because you are both gaining work experience and studying at the same time.” 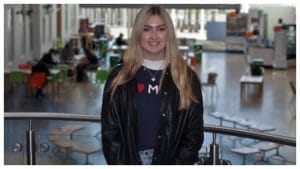 TED PAUL chose to study Maths, Further Maths, Physics and Economics due to a career interest in the Finance sector.
We asked Ted what future challenges he sees in the job market for his peer group. He
said:  “Globalization! The rise of technology like Zoom and Google Meet has changed how people can work, showing it is possible to productively work from home and for long periods of time.
”The downside, young people will no longer be competing against their local peers for jobs but against anyone with access to the internet. That could also bring advantages as it makes the job market more accessible regardless of your location.” 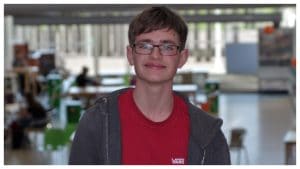 AMY-LEIGH MARSON is studying Maths, Chemistry and Physics and hopes to study Natural Sciences at either Cambridge or Durham University and has a particular interest in Chemical Physics. Amy told us: “I want to work with employers who represent my values including prioritising environmental conservation which is a core
value of mine. Pursuing a career in research science within universities will hopefully allow me to achieve this goal given the current attitude towards the climate crisis from these institutions.” 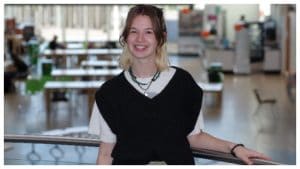 Back to all news

COMING SOON – School Production – We Will Rock You

Trips and Visits are back and once again thriving at Budmouth. Well done to all the students who have participated in so many exciting opportunities…